“What went ye out into the wilderness to see? 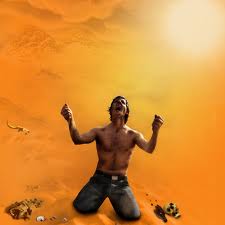 “At that time Yahushuah answered and said, I thank thee, O Father, Lord of heaven and earth, because thou hast hid these things from the wise and prudent, and hast revealed them unto babes. Even so, Father: for so it seemed good in thy sight. All things are delivered unto me of my Father: and no man knoweth the Son, but the Father; neither knoweth any man the Father, save the Son, and he to whomsoever the Son will reveal him.” (Matthew 11:25-29)

Ladies and Gentlemen if we are not going to be honest and handle the word of truth with integrity we might as well put our bibles down and walk away. It is evident that the so called saints are blind because up until the scales fell from my own eyes I didn’t see the deception going on either.

I was having a conversation on friends page last night and explaining prosperity as Yah means for us to have it. This person, as many of us are, is deceived thinking that Yahuwah wants us prosperous as in worldly view of prosperity. Yahuwah wants us to have what we need and does not necessarily mean more money to spend it on your pleasures and lusts. (James 4:1-3).

What is deceptive? It is the fact that many equate a man or woman of the Most High to be thus so because of how they look. No man thinks much of a corner preacher, or a woman ministering along side him. Just let someone ask you to go to the local car wash to witness, or to walk and pass out fliers that might be against your will to hang out with sinners (Luke 7:34).

In Matthew 11 John has been thrown into prison. Remember he has been baptising people and they have been repenting from their sins. In another post, we saw how the Pharisees were snooping around and John seeing them coming called them “brood of vipers” or “pit of snakes” asking, “Who warned you of the wrath to come?”

So apparently, up until Johns arrival no one had been warned, and the same thing is happening now which is connected to the prayer Yahshuah prayed about the babes speaking truth, those whose eyes have been opened upon true repentance. So, most likely people who look like they don’t have much or the ones who have been considered ‘dirty and uncouth’, a black sheep are the ones chosen to bring this message. Ain’t that a trip…why? Because you are gonna get the truth. The least shall be greatest in the kingdom and its not talking about stuff…yet.

Well John had the privilege of doing kingdom work without ever seeing or meeting the Messiah in the flesh. Much like many of us who are out there really talking to people and urging them to seek help through Yahuwah. Moreover, John while in prison sent a couple of his faithful servants to ask Him was he the one he had be prophesying about. Imagine that, locked up and hearing word that what you have been speaking has come.

Hear what Yahushuah says, “Tell him, The blind receive their sight, and the lame walk, the lepers are cleansed, and the deaf hear, the dead are raised up, and ((((the poor)))) have the gospel preached to them. ((((And))))) blessed is he, whosoever shall not be offended in me.”

Why would they be offended? It is because of the way he looked…if you are pronouncing yourself to be king then in the carnal sense people expect you look like a king. However, the Messiah blended in and looked lowly. Then he goes on to clarify why people did not respect John’s authority, most likely the reason why he was locked up at that moment was because the Pharisee though him beneath them in appearance and riches.

I ask today is Yahuwah using people who cannot relate to the (((poor))) he came preach to? People with soft rainment don’t hang out with commoners. They don’t want to go out on the streets and meet with those who need his help…they don’t want to pray for them, touch them.
Lastly, he says, ” Verily I say unto you, Among them that are born of women there hath not risen a greater than John the Baptist: notwithstanding he that is least in the kingdom of heaven is greater than he.”

Truth in the house of Yahuwah. Speak life, and take the kingdom by force.

Dancing to the music, or facing it…will you bow?

“Then an herald cried aloud, To you it is commanded, O people, nations, and languages, [That] at what time ye hear the sound of the cornet, flute, harp, sackbut, psaltery, dulcimer, and all kinds of musick, ye fall down and worship the golden image that Nebuchadnezzar the king hath set up: And whoso falleth not down and worshippeth shall the same hour be cast into the midst of a burning fiery furnace.” (Daniel 3:4-6).

We already know what time it is and it is time out for these excuses to continue on in idol worship. Let’s face the music shall we. America is full of idols, everywhere we look is a statue of some sort going up in memorial of something or someone. Here in Texas, the famous State Fair idol ‘Big Tex’ burned to the ground because of some electrical short. However, instead of allowing by-gones to stay gone…they built another one; a new and improved one. In downtown Fort Worth, a larger than life statue is placed in memorial of John F. Kennedy for no other reason than ‘he stopped by’ on the way to Dallas to be killed. These are just a few examples of an idolized city; so, let us imagine the nation as a whole in this.

Now one could argue that the images mentioned are not worship; however, the word says “make anything” hence we have erred in this and most probably because the commandments have been tossed out.

2) Or any likeness
3) In heaven above
4) Or in the earth beneath
5) Or in the water under the earth
So I ask, what in the world are have we done? Do we know? Someone is just doing their own thing at the expense of everyone else.

Look at this:
“Nebuchadnezzar the king made an image of gold, whose height [was] threescore cubits, [and] the breadth thereof six cubits: he set it up in the plain of Dura, in the province of Babylon. Then Nebuchadnezzar the king sent to gather together the princes, the governors, and the captains, the judges, the treasurers, the counsellors, the sheriffs, and all the rulers of the provinces, to come to the dedication of the image which Nebuchadnezzar the king had set up.” (Daniel 3:1-2).
Everyone who is anyone was invited to the unveiling of the golden image, much like, the unveiling of the images aforementioned. Also, we see the unveiling and ribbon cuttings for other entities; like, our new mercantile, our new church which seats almost the entire city, our new homes. Is anyone getting this vision.

Is there one to say enough is enough?

For more on the saga of idol worship in your town see, Daniel 3 .

There is nothing new under the sun…unless you change it.

Watch: The Origins Paganism in Christianity