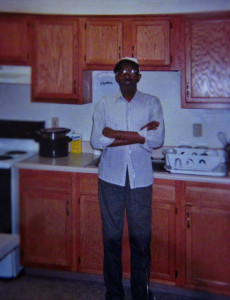 Many people, born and raised in the United States from an early age adhere to and are taught to pledge our allegiance to the flag, and ultimately our allegiance to America –the red, white and blue, that is, the bloodshed, or the honor and purity of white and of an unstained message; and, a color that results in the blue as like streaming tears that come, however, despite that scripture tell us to love our neighbors.

Our neighbors as those who reside here with us under God. One Nation undivided, in liberty and justice for all. Hence, it is a must that we all consider to look at this message with the question of how does it happen that bad things are a reality in a country so great as this?

How, is it the case, that my country does not have my back, or that, those who live here…

HIV is Living among Black America

An urgent call to pay attention!

Statistics from the Center of Disease Control [CDC] estimate that in 2010, there were 44 percent of African American adults and adolescents carry the horrific burden of contracting and spreading the virus—13 and older.

Accordingly, African Americans account for 13 percent of the entire population but present with the virus eight times more than whites.

Here are the numbers:

Your Sunday Bread: No Peace but a Sword

Today’s discussion is Peace, and we have heard scripture which enlightens us to seek peace. However, scriptures also give us an image of peace that does not come from the worldview of peace.

For example, when someone is fighting it requires a treaty of peace between the parties to become ‘peaceful’ again. However, for many, especially when we view how America got its start and to break away for Britain the citizens became rebellious, that is to say, the citizens of America no longer stood with or for what their forefathers represented.

In biblical view Yahusha is quoted as saying, “I come not for peace [or prosperity] but with a sword” which is direct, and great contrast to what we have been given that peace is among us.

He added, “I come to turn [or rather persuade] a mother against daughter, and a father against son, and a daughter n…

Your Sunday Bread: More Than Conquerers not Conquered!

“For Yahuah hath not given us the spirit of cowardice but of power, and of love, and of sobriety” (1 Timothy 1:7).

This is definitely good news because in the face of adversity we can know that we do not have to be afraid of anything.
In this case, one may have only a mind to think of problems at hand. I get that, because inability to think has us hemmed up in a cage like existence.

Therefore, we are fearful of problems which might present to us, because let’s face it we might wonder how it is we have come to this place again but is it fear of seeking, fear of asking, fear of knocking which has us beat.

Ladies and Gentlemen, that is not Yah, because scripture tells us there is no cowardice [in our abiding] in him.  That says it right there and tests our thinking.

Today: we must get over this fear, that is fear of change, fear of rejection, fear of asking for wisdom, and know we are more than conquerors- not conquered.

Contrary to many major news media sources, what is going on in the Dominican Republic is not simply a deportation of illegal aliens, but a scheme to get rid of dark skin people all together, but especially those of Haitian descent.

Even people of Haitian descent whose family have lived in the the Dominican Republic for multiple generations are being deported, in fact a 2013 court ruling stripped many Dominicans of their citizenship if they are of Haitian descent or believed to be because they have dark skin.

During the first quarter of 2015 alone, approximately 40,000 people believed to be of Haitian ancestry have been deported to Haiti, a country many have never been to.

This of course is not the first time the Dominican Republic has tried to ethnic itself of people of Haitian descent, in 1937 a Dominican strongman backed by the United…

Thank you from the bottom of my heart to the husband who took the time to answer these questions in such detail.  Wives – please hear this husband’s heart and consider – does your husband feel like this man does?  My husband wasn’t able to articulate himself and verbalize how disrespected he felt before God opened my eyes to my sin 4 years ago – he just withdrew.  Some husbands react with great anger.  Some husbands TRY to tell their wives how disrespected they feel – but the wives can’t “hear” their pain.  How that breaks my heart!  Please listen to this husband’s legitimate masculine needs and to his perspective.  Please don’t justify any disrespect towards your husband or say that your husband deserves this kind of treatment.  Disrespect never “corrects” a bad situation.  It only makes things infinitely worse. Look at the damage we can do when we…

Your Sunday Bread: So who are we under the influence of if not of the Set Apart Spirit? 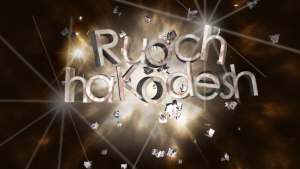 Everyone is naming and claiming Jesus. Conversely, some say they are saved, sanctified and filled with the Holy Ghost. However, we can stop the chatter about this pretty quickly with this verse.

“Therefore I make known to you that no one speaking by the Spirit of Elohim says יהושע is a curse, and no one is able to say that יהושע is Master (((except))) by the Set-apart Spirit.” (1 Corinthians 12:3).

I know its disparaging to hear about it, because some of us think that we catch the Holy Ghost Sunday, however, one may agree that with new revelation that spirit…

Your Deliverance Has a New Look

The Way is Hard Pressed [leading to life], and, not many there are that find it (Matthew 7:14).

Deliverance has a new look.

Let’s talk today about how difficult it might be for us to keep our bearing. Scripture speaks of the Way in terms of struggle and pain during the walk. Hence, there is misconception brought about by those who deliver these messages of prosperities which has deceived us to the point that we do not look any place to find Yah, except in our wallets.

Then we should ask then what if our wallets are empty? Or what if our houses are substandard? What if we don’t own a car, or the car is in disrepair? What then are we to do with ourselves if the Way is prosperity which everyone seeks, then, where does that leave many of us who love the Most High?

Think again and consider what that means.

If people continue to take in the lie, then we begin to see this is the very reason why trust has been lost. Many people have lost trust in the Most High,  because no matter how they try there is still trouble, hopelessness, and struggle. Hence, what we need to do is look elsewhere, because the Way is hard pressed and not easy as in prosperity teaches.

Today: Press through the lies and hypocrisy of erroneous teaching and know that your answer is in the search of Truth in the Most High who says He will be found when we search with our whole [entire] heart. What that means is that He is not in our wallets as is the thing in the broad road to destruction.

Infidelity Costs More than You Think! 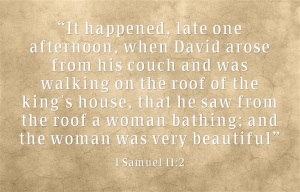 So you believe that since you stopped cheating on him or her that thing is over? Well the affair might be over, but the saga of the infidelity and the unfaithfulness lives on. It is not the case that a person likes to dwell on a thing, however, what one must know is that once trust is broken its difficult to give that again. Hence, an issue of broken trust is far reaching. In fact, people can not trust the person as far as they can see [See: 10 Signs You’re Having An Emotional Affair].
If it is a matter of an emotional affair, then, it might have been better for you had you went through with the actual act.
Scripture says, “If a man even looks at a woman with lust in his heart he has committed [the act of] adultery already”.
Take heed, because in this view people have lost trust and in some instances not able to find that again.

Watch: Emotional Infidelity: Is It Worse Than A Sexual Affair?

Count it All Joy and Persevere until You Overcome

There again, scripture says “Count it all joy” when you fall into divers [various] trials because there is ‘Proving of your belief” working in you to generate perseverance.
Every where people profess the name of Jesus. There is nothing new about that, because history proclaims that the Hebrews throughout the centuries have been beaten into submission concerning Christianity, especially in slavery where their owners used the bible to dole out lashes if someone disobeyed them. It is the case, that the name has stuck both spiritually and mentally through the ages.

If this is the case, then it would behoove us to see that the ‘proving’ these verses speak of is not Jesus, Christianity or anything else but True belief of the Most High. In essence, those who believed in Yahuah first, and those who are called back to His name.

The proving of your belief then brings about trials of various types. In other words, one should ask how can one be saved from something where everyone is saved? Hence, if Christianity says all are saved, then this is contrary to what the scriptures proposes, that is, someone needs saving and it is in a name unknown to us today. Why? Several reasons present themselves, (a) We forgot, (b) someone intentionally left it out, and (c) the name was changed. We can now began to see that trials might come for choosing to believe other than we were taught spiritually and mentally.

For example, through belief, that is heart and mind acceptance of evidence presented does not necessarily mean actions in behavior present themselves all at once, however, there has been confession of belief other than what we have been taught.

“But what does it say? “The word is near you, in your mouth and in your heart” – that is, the word of belief which we are proclaiming: that if you confess with your mouth the Master יהושע and believe in your heart that Elohim has raised Him from the dead, you shall be saved. For with the heart one believes unto righteousness, and one confesses with the mouth, and so is saved.” (Romans 10:8-10).

Additionally, with this confession come trials to get us to deny the belief we have confessed in truth. Look at Job how when various trials came upon him all who knew him, even his wife said that either he had done something to bring that on [sinful behavior] and that he should curse the Most High. Hence, the same can be applied to your belief, that is intentional sin reigns, or for this occasion the testing of your belief.

Essentially, either we do or we do not. Those who do persevere, because the testing is bringing about as James said, “endurance”.

Endurance entails that something greater is coming about. Hence,the question becomes who shall overcome it? Ask for wisdom.